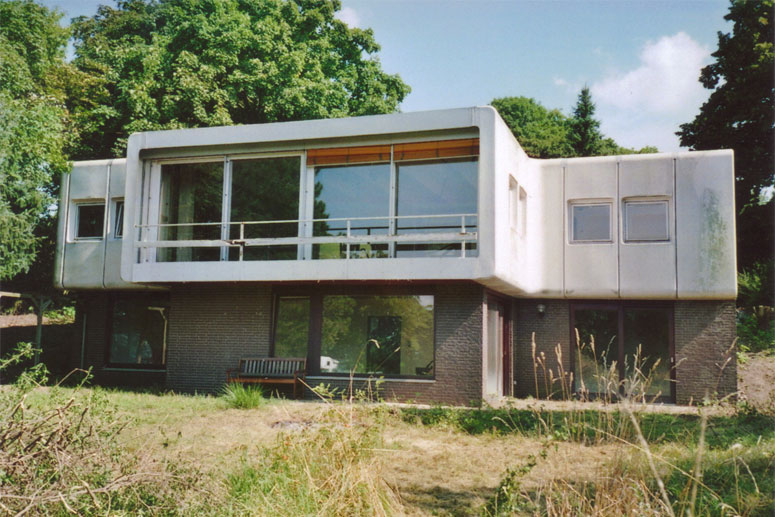 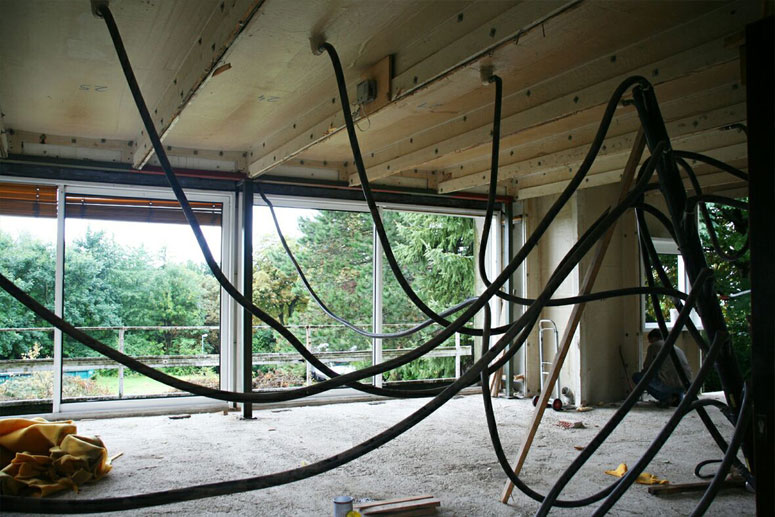 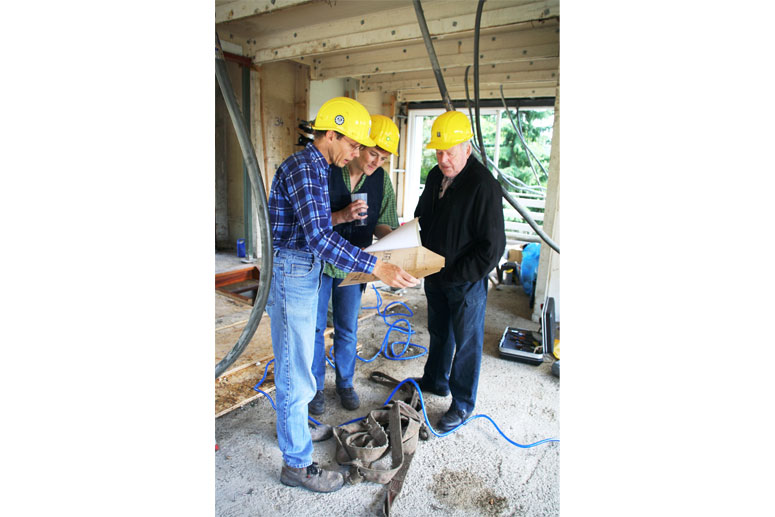 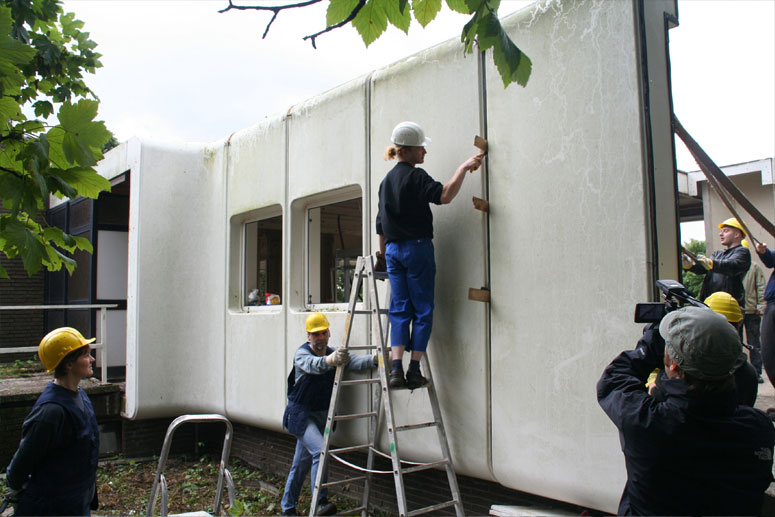 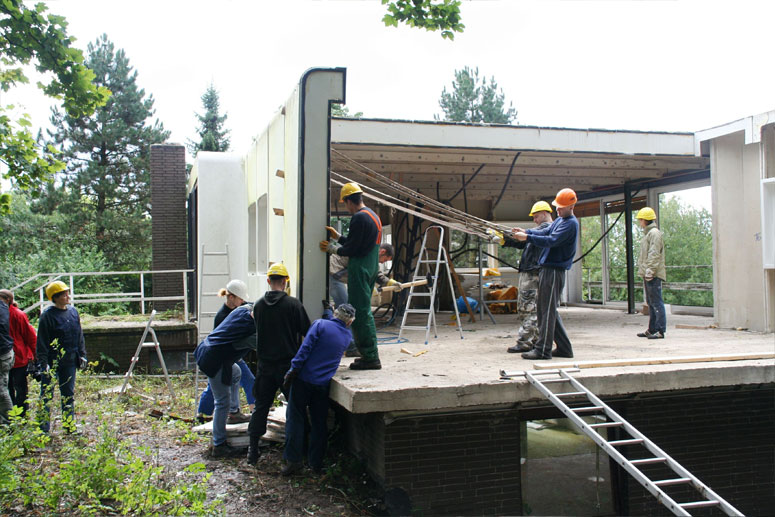 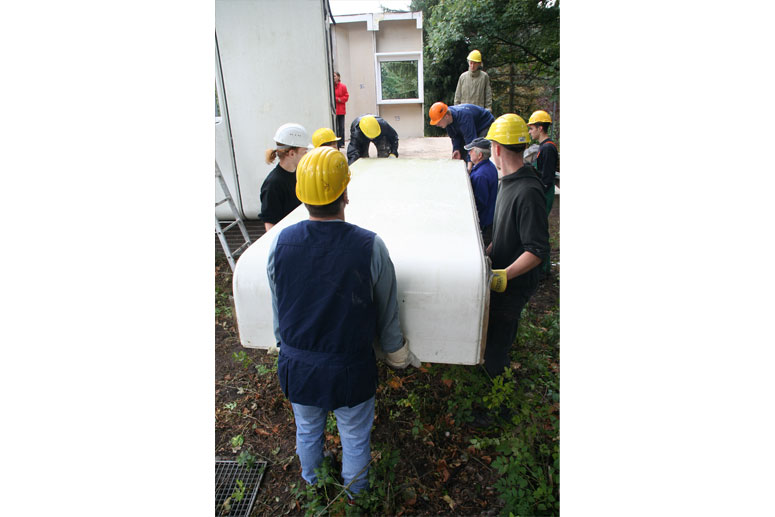 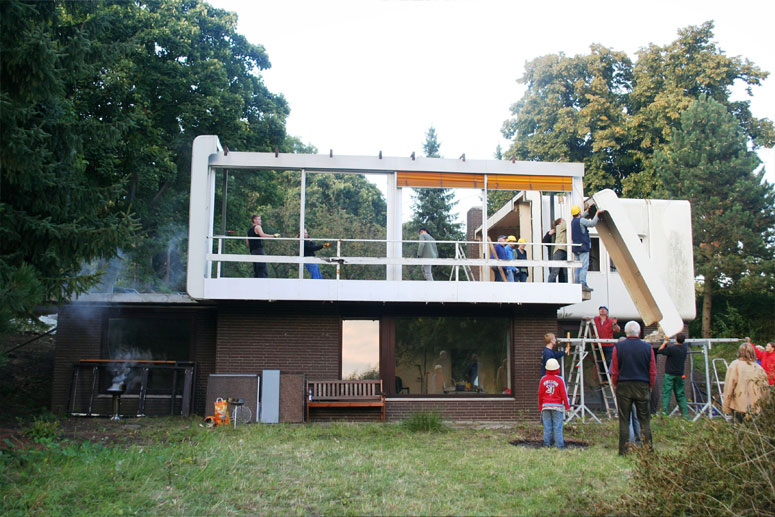 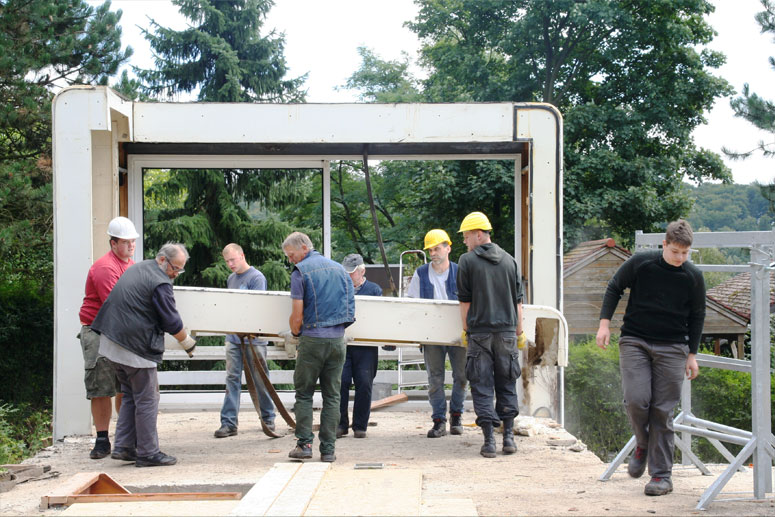 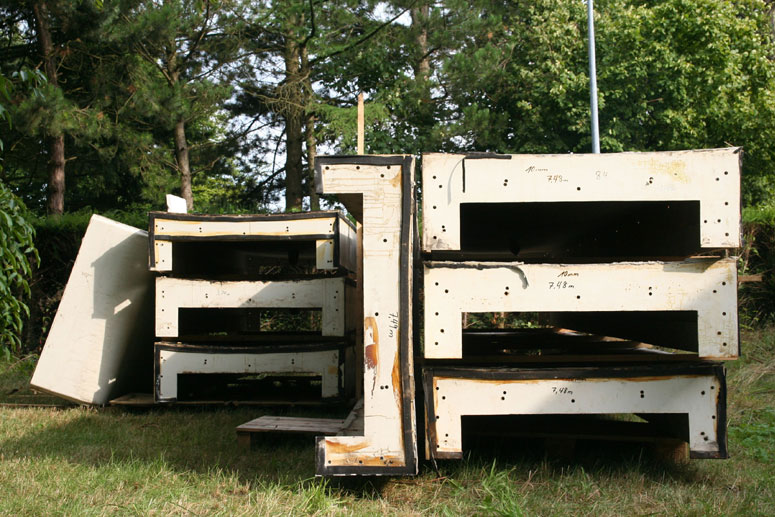 2008: The salvation of a plastic house

„A house that can be taken with you when you move“

was the headline of the Braunschweiger Zeitung on July 11, 1975. Lower Saxony's first plastic house was built in Erkerode.

Two years later ta second house of the same type was installed on the neighboring property of the Hauser family. 31 years later, it needed to be determined whether the fg 2000 could actually be easily disassembled. The new owners had decided against keeping the GRP upper floor, but not only were they extremely supportive in carefully dismantling the elements with us without causing any damage, since they were also enthralled by the project. The owner of the first fg 2000, Sonja Saalfeld, was the enthusiastic saviour and the elements were later stored on her property.

The disassembly took a total of 3 days and was all done by hand. After consulting with the designer, Mr. Wolfgang Feierbach, we decided to use the same methods that were used for the original assembly. The roof elements were hoisted up and supported with scaffolding, before the elements were unfastened  lowered down. At least 10 helpers were needed to lift the roof elements, each of which weighing up to 260 kg. Thanks to numerous volunteers, all GRP elements could be safely dismantled and appropriately stacked.