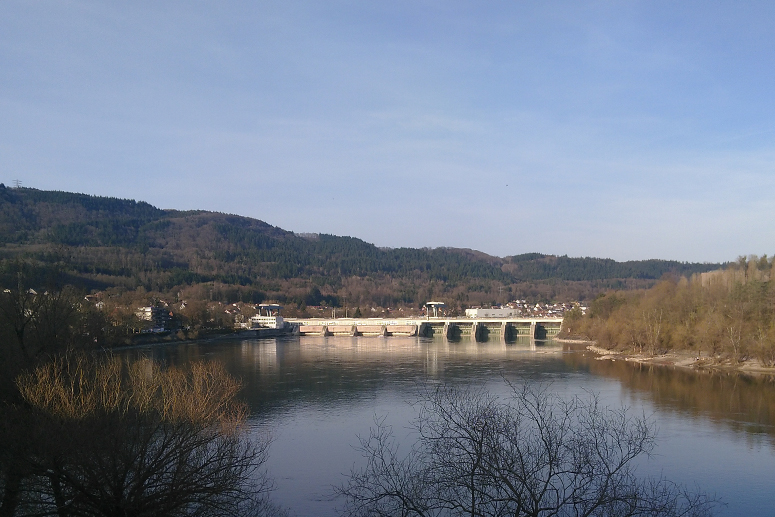 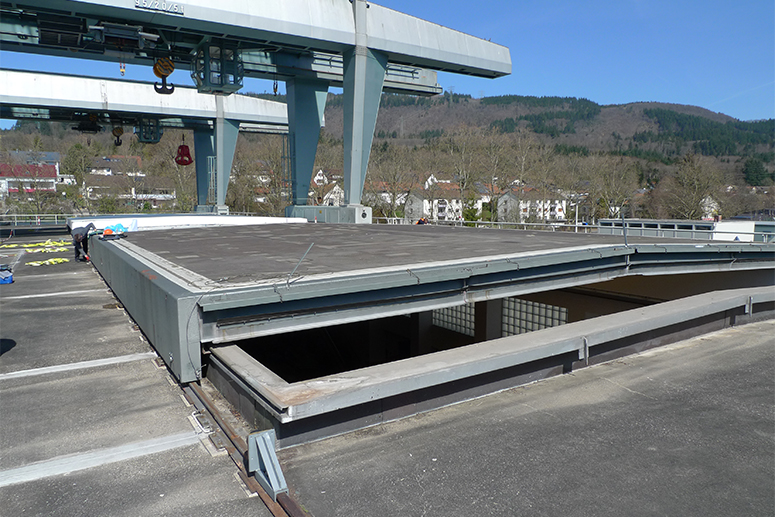 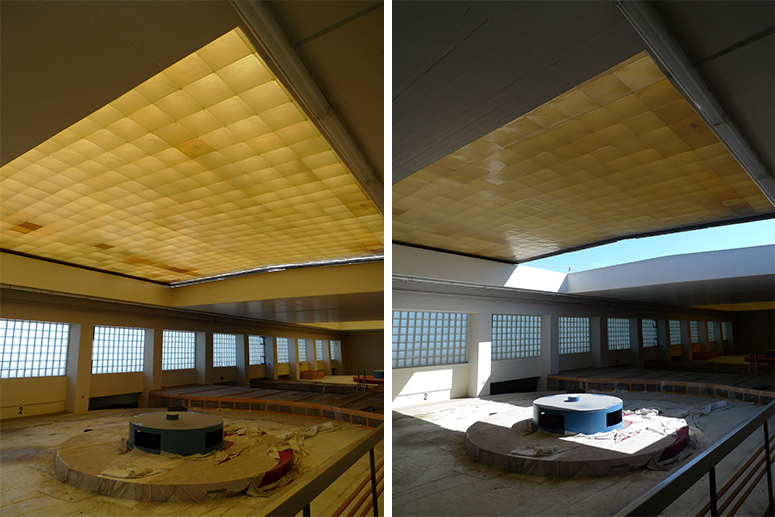 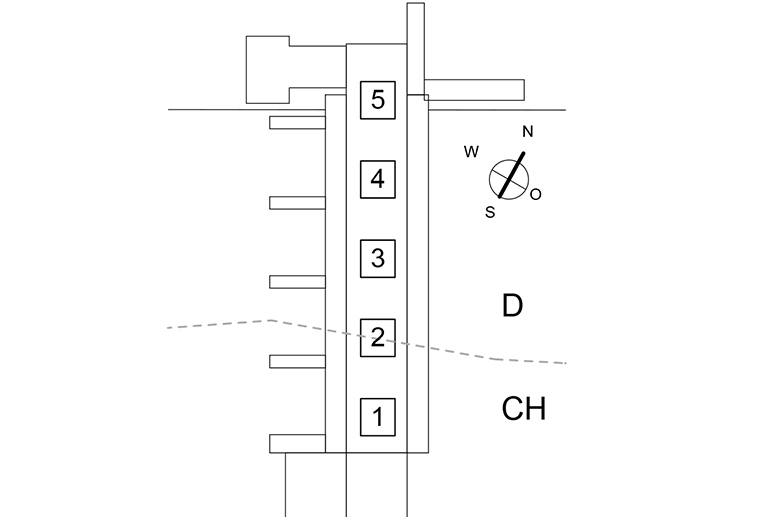 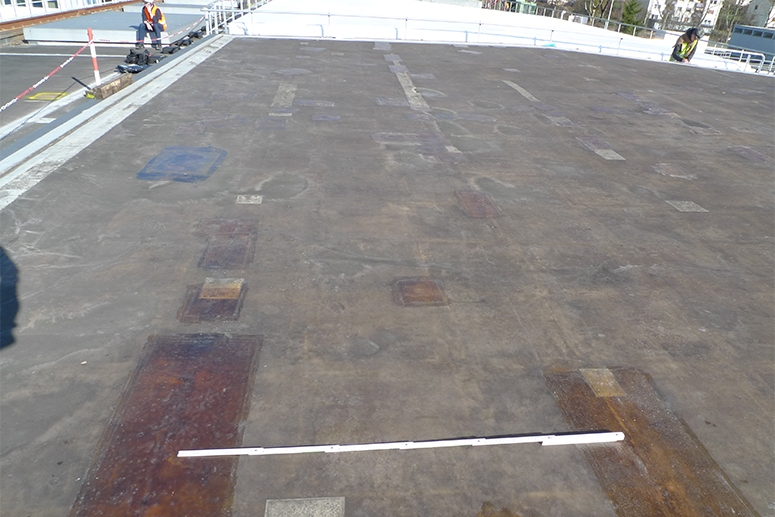 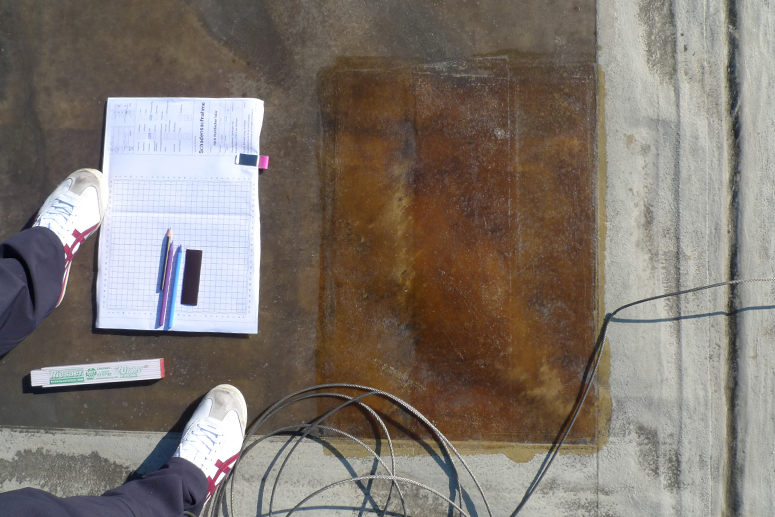 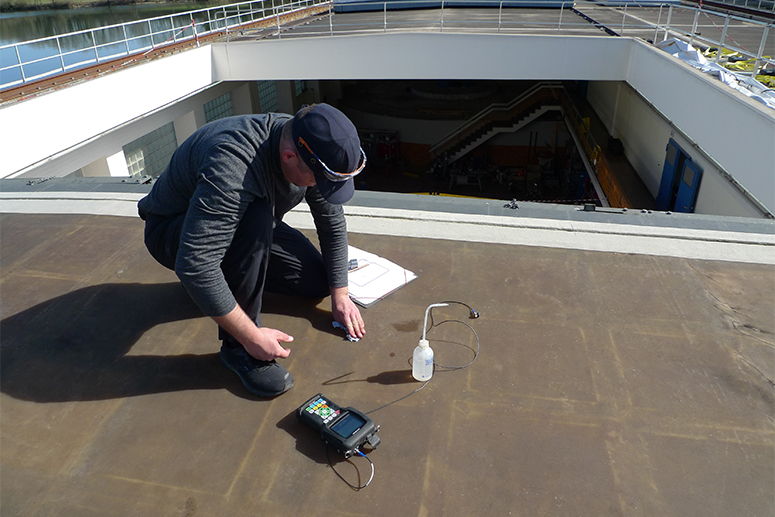 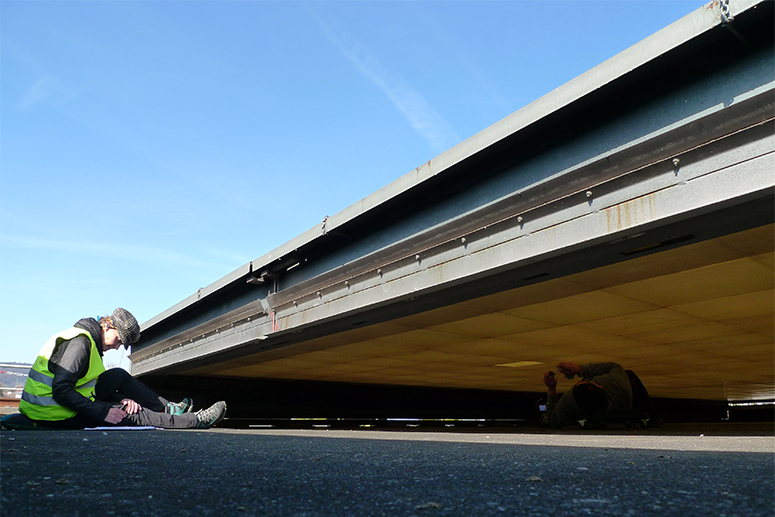 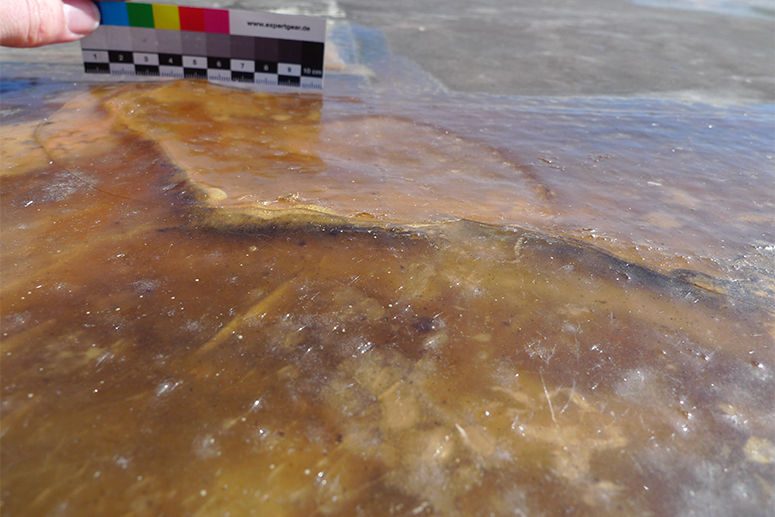 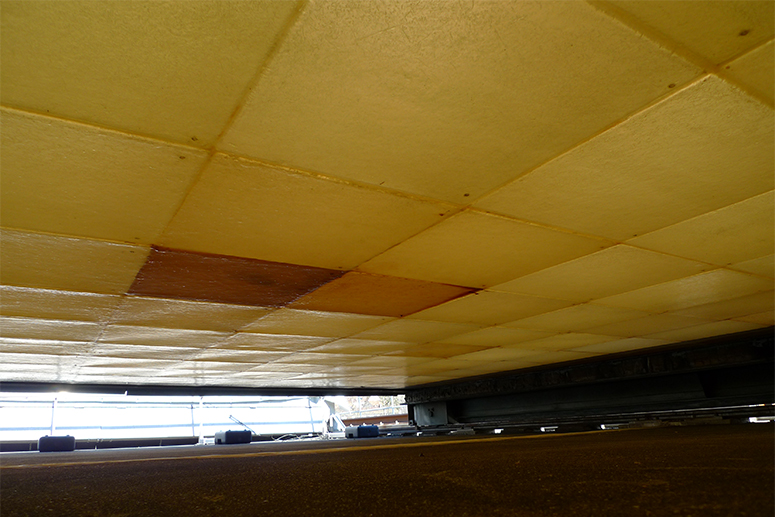 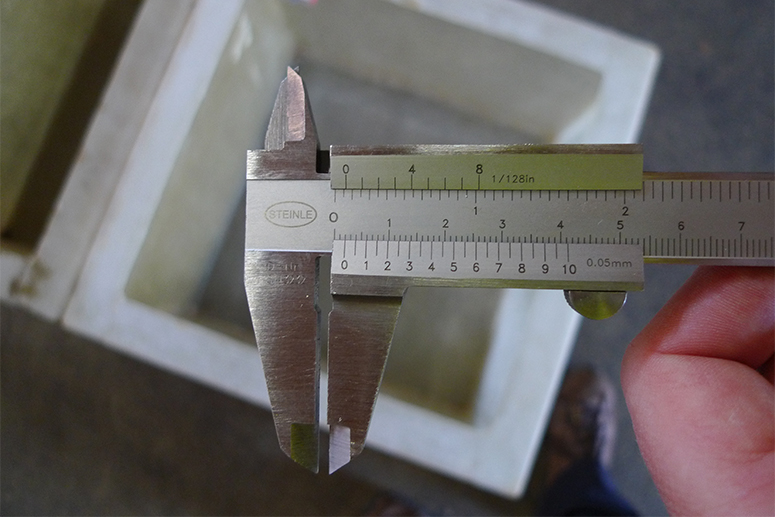 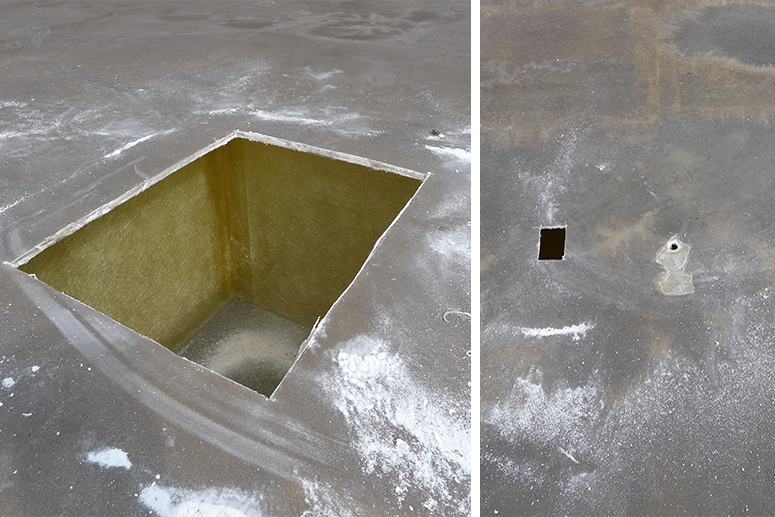 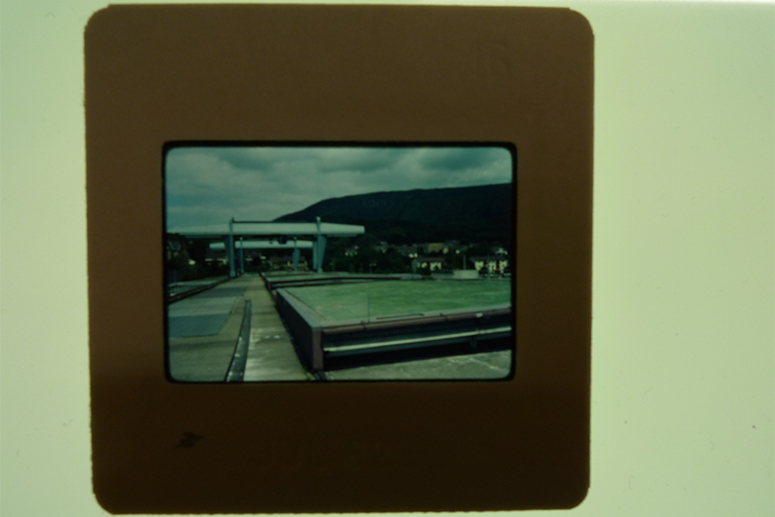 Five rollable skylight roofs made of fiberglass-reinforced plastics serve the Säckingen Rhine power station as lighting and roofing for the assembly vents above the turbines or a free assembly area in the machine hall.

This double-walled composite construction was first developed by the Swiss engineer Heinz Isler (1926 to 2009) for the skylight of a workshop in Flamatt (spring 1959) of the Bern architecture firm Atelier 5. The roofing of the weekend house Dorta in Zofingen in the same year, also with the architects Atelier 5, was the prototype of the ’System Isler' (patents in Switzerland, Austria, Germany, Great Britain).

As early as 1959, NOK AG, Baden, Director Gysel held a discussion with Mr. Isler about transparent covers of the machine shafts for the new construction of a hydropower plant in Bad Säckingen. In 1962/63, the project was finalized by Siemens-Schuckertwerke AG, Erlangen, Germany, and in 1964 the planning, calculation and awarding followed by the construction of these handmade light roofs in 1965. In 1966 the steel and sealing works were completed. The contractor was Eschmann AG, Thun (1960 to 1983), here the branch Eschmann GmbH, Wiesenthal/Bruchsal, which subcontracted the production of the prefabricated cassettes in the factory to “Polycel” Industrie van Kunststoffen N. V. , Gouda, the Netherlands, and the steel construction to Gauger + Co., Zurich, Switzerland and Abd Sealing work at Salva AG Basel.

Prefabricated GRP cassettes were connected wet in wet with GRP cover layers. The RKS composite panels were manufactured on site in a tent in 1965/66. Despite the fact that the tender and thus the specifications for all five roofs were identical, there were differences during the construction, as can be seen from the building protocols [Archiv gta, ETH Zurich].

Currently visible structural damage may be due to manufacturing defects or different designs, environmental conditions or also the way repairs carried out. Therefore, the history of each individual composite plate is fundamental for a comprehensive condition assessment. The history of the production, visual inspections, repairs and also maintenance measures of roofs 1 to 5 are therefore part of the elaborated report. The condition of the 55-year-old light roofs with regard to load capacity and weathering was assessed by means of construction survey, damage mapping, component thickness measurements and determination of mechanical strengths on the basis of samples.

Repair and maintenance measures are defined as a result of the condition report. Their careful execution by a specialist company is currently in preparation.