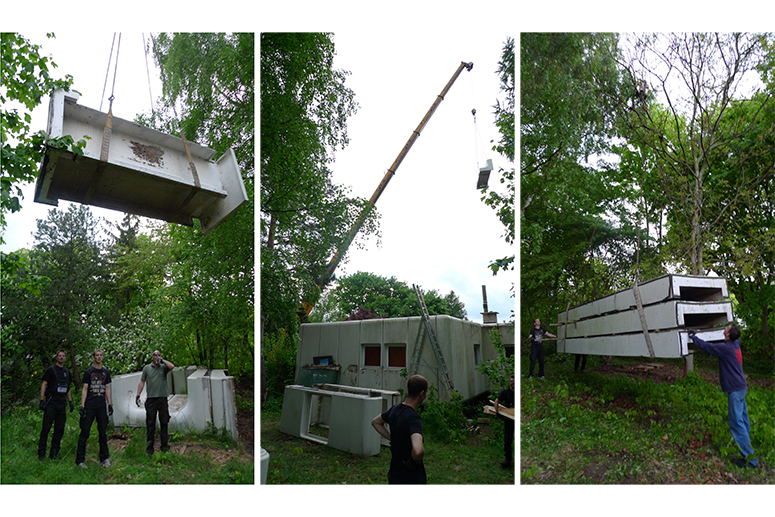 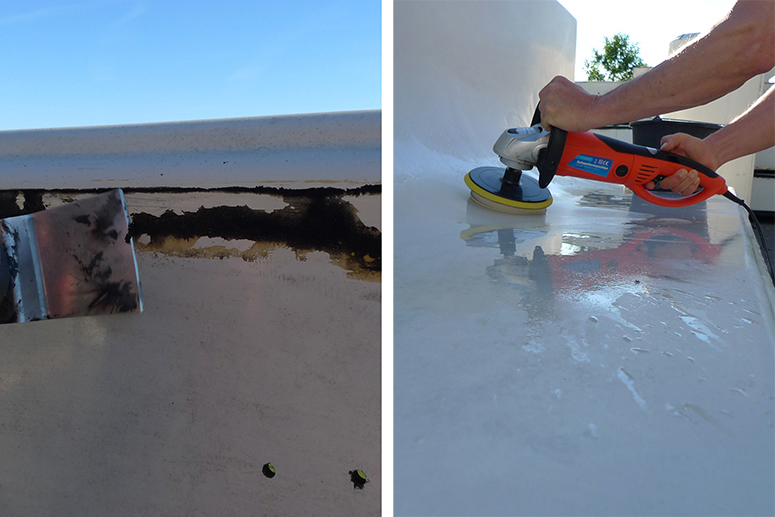 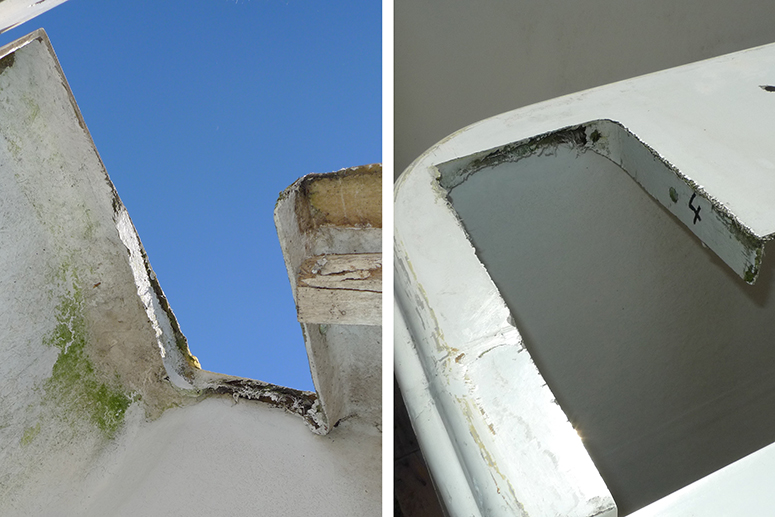 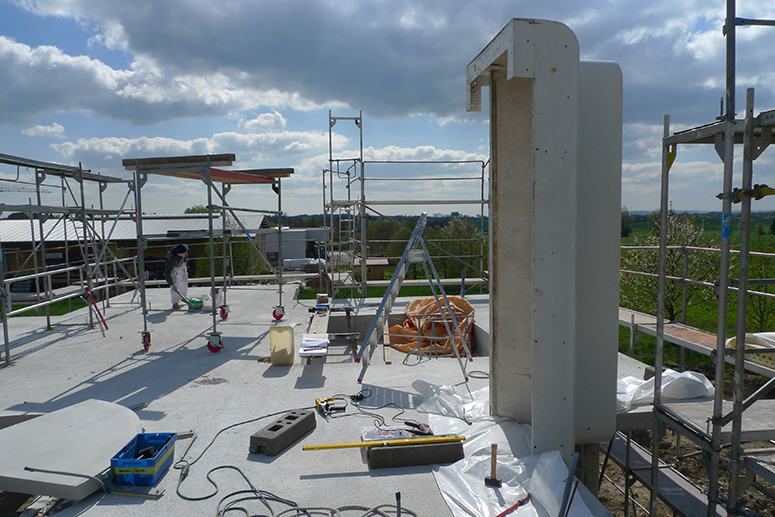 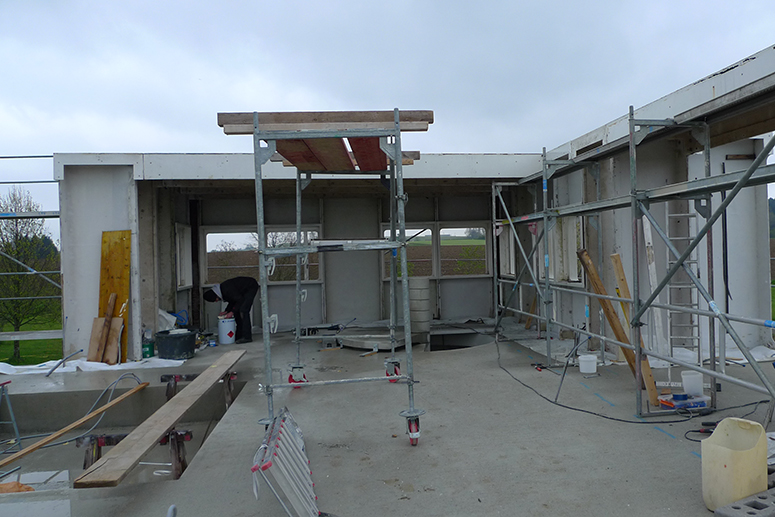 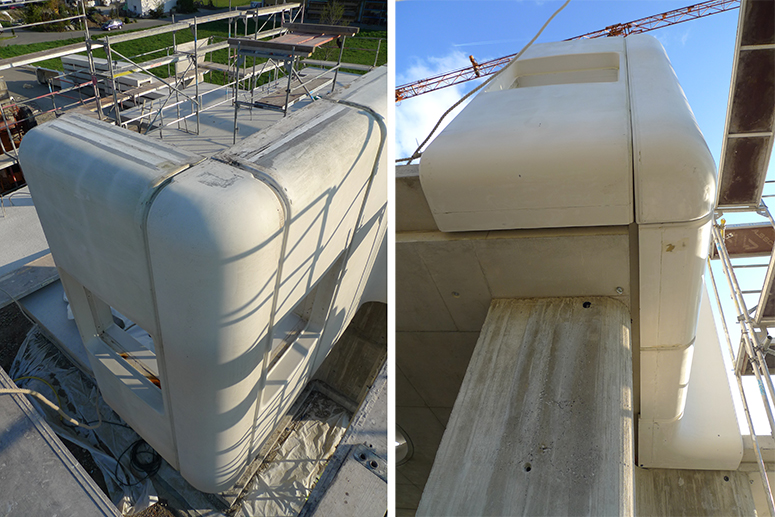 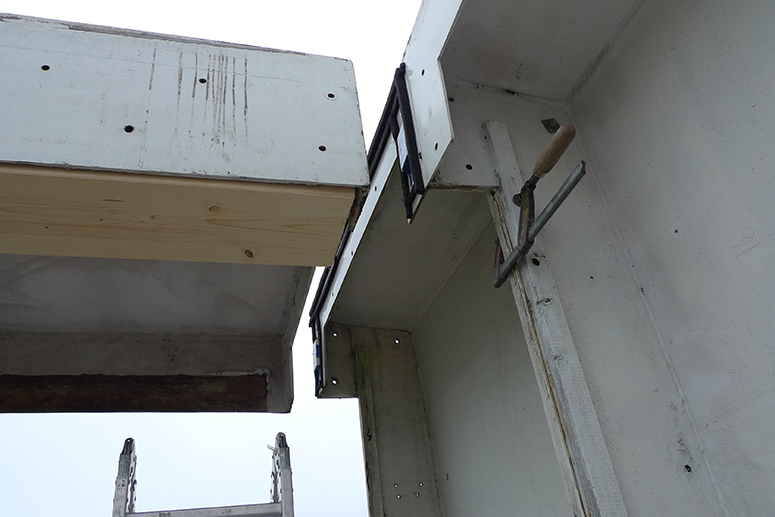 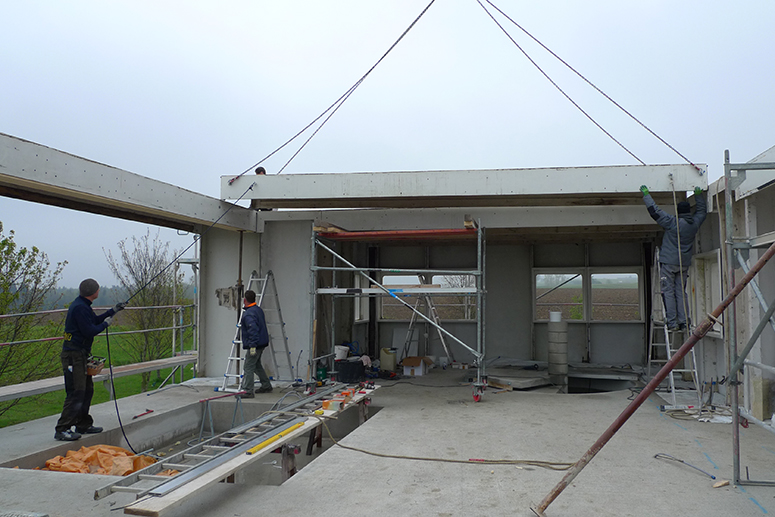 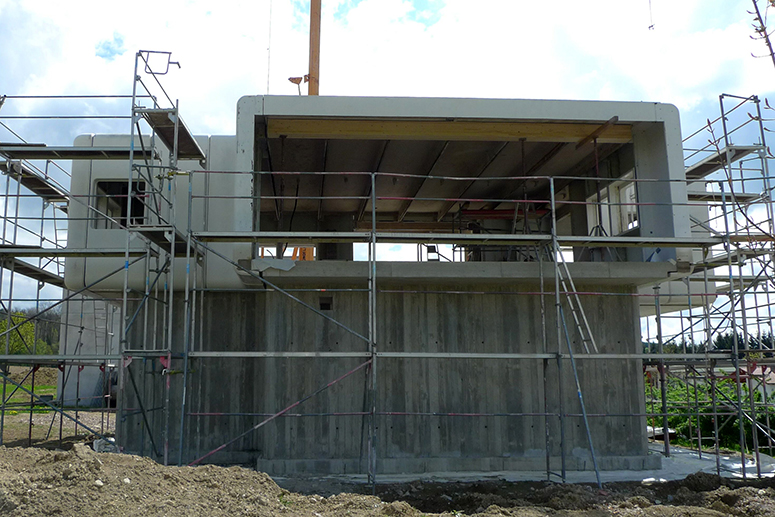 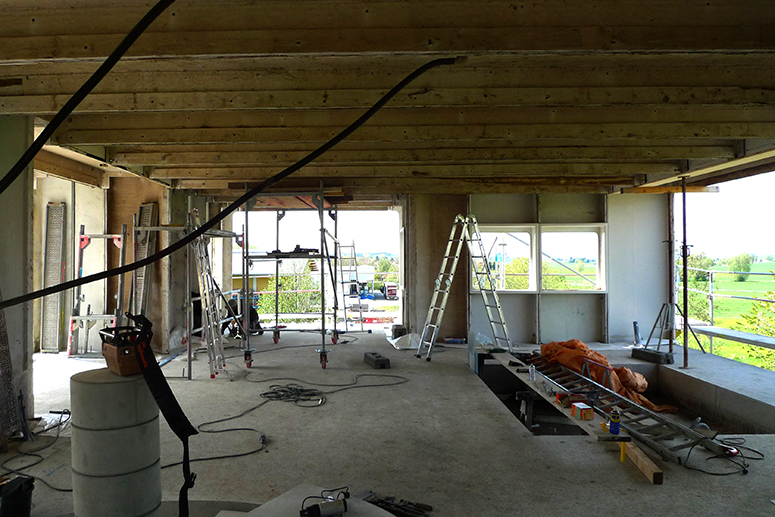 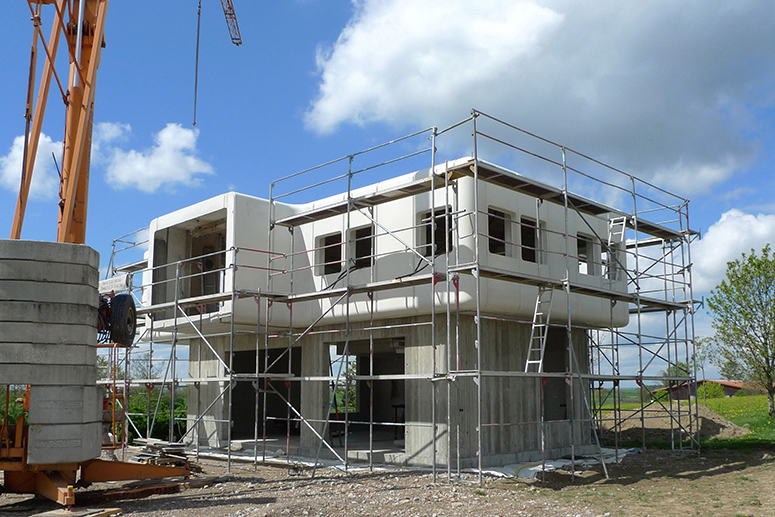 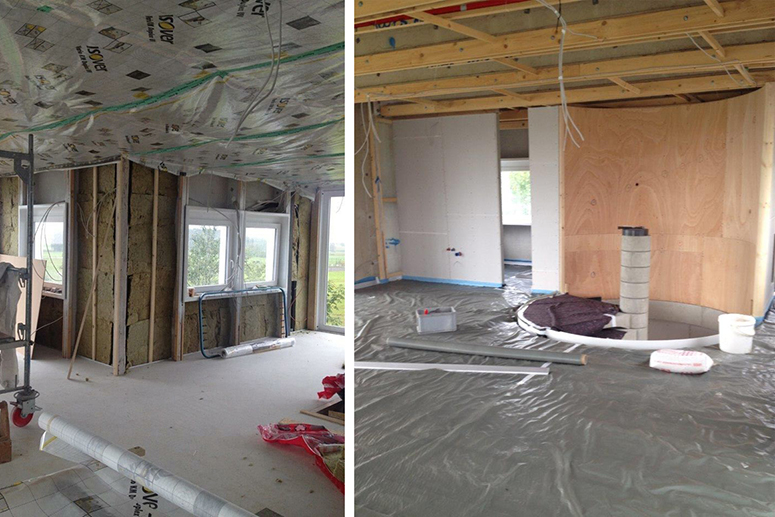 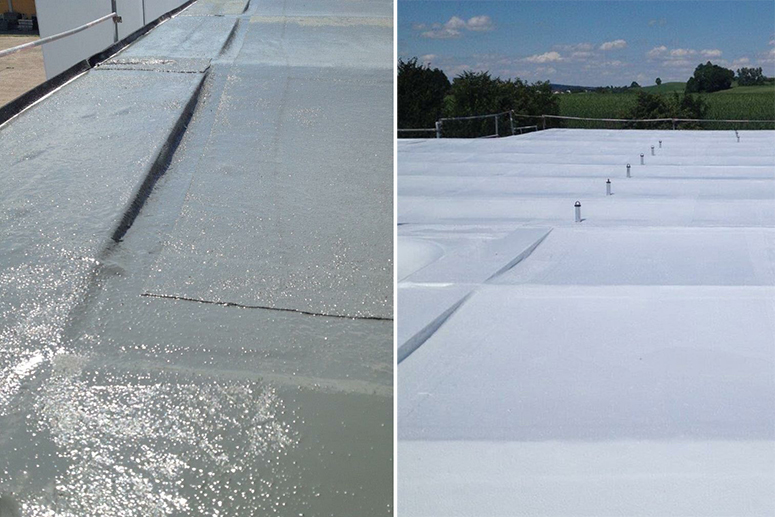 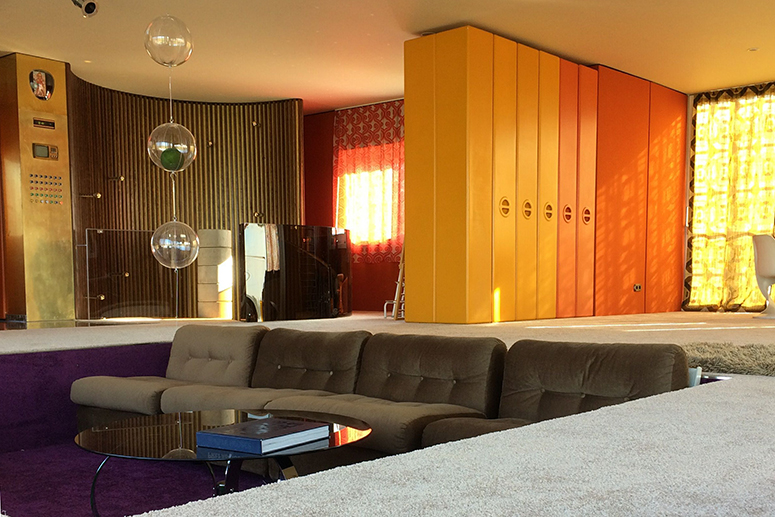 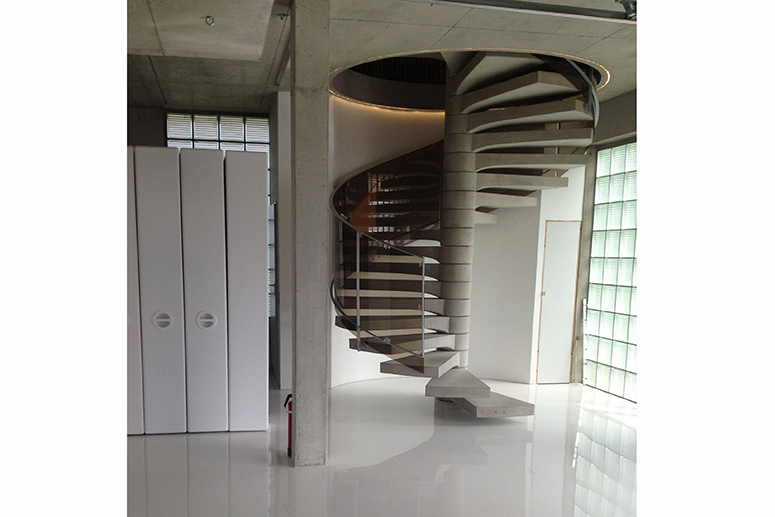 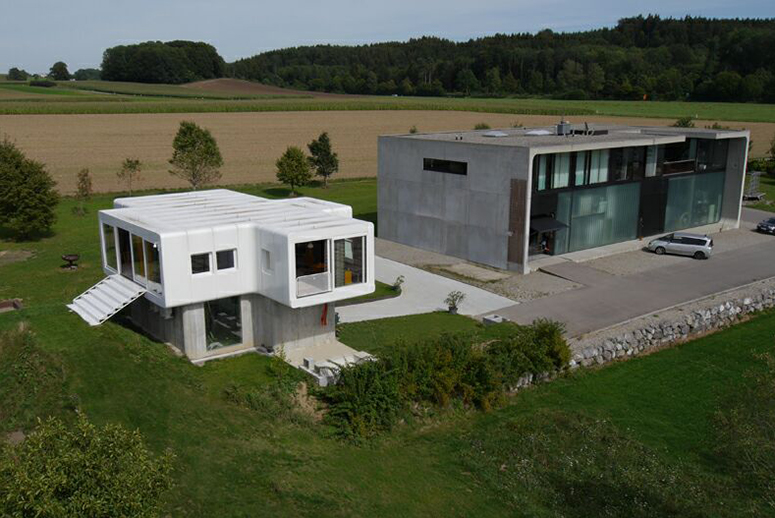 The search for an architecture to house his photo studio and office brought Max Bold to the stored fg 2000 elements in Erkerode. Together we developed a ground floor made of reinforced concrete, which supports the expressive effect of the GRP upper floor with three panoramic windows. In addition to the building permit, implementation planning and structural calculations, the sandwich elements brought to Geisbeuren in June 2013 required a lot of attention. The old seals, dirt and moss accumulation had to be removed and exposed glass fibers had to be coated with protective resin. The small cracks to the corner elements that occurred during dismantling were repaired. First and foremost though, the supports for the facade elements were reinforced.

Due to the complex logistics of the 42 elements in total, the client decided to have everything painted after the reassembly was done. This assembly took place in April 2014. In the same year, the roof received a continuous coating, the facade seams a flush seal and the windows were properly fitted. The interior construction, including additional insulation of the walls and ceiling, the floor construction and the interior wall cladding, were also successfully completed.