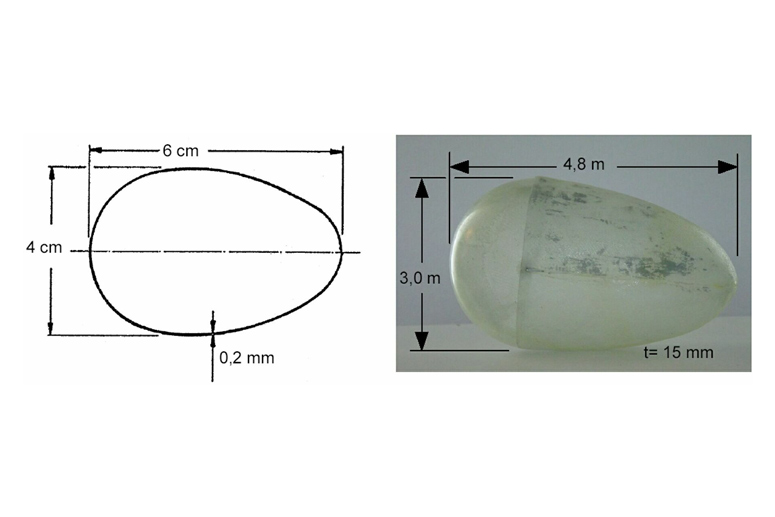 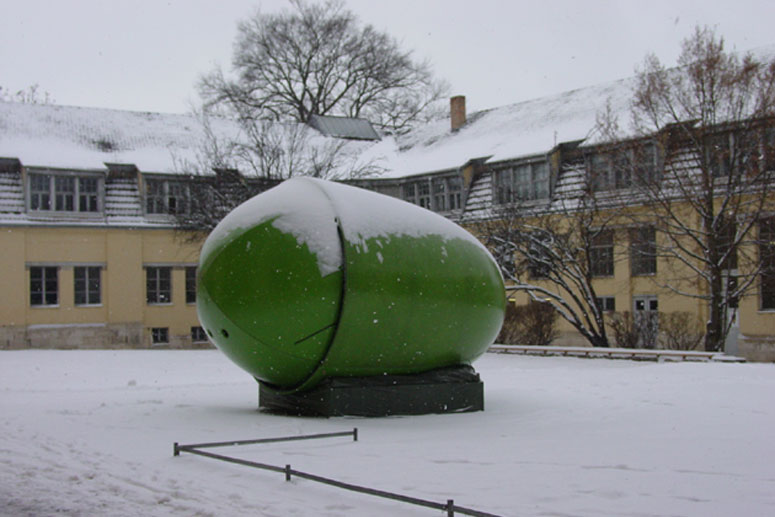 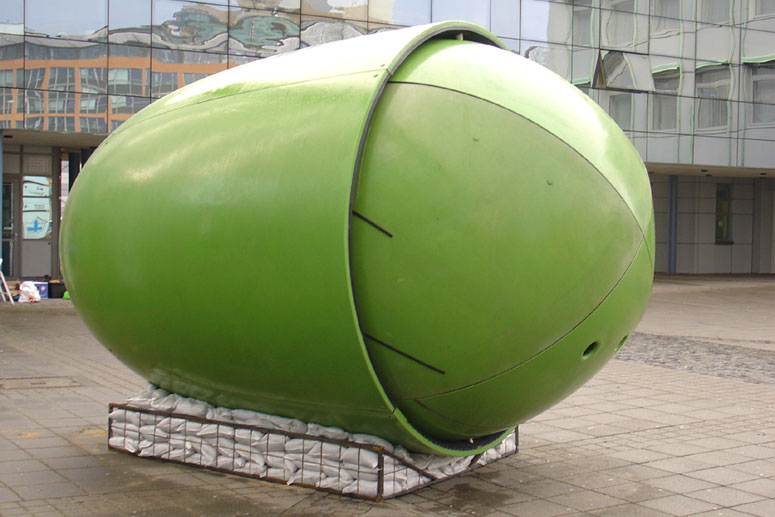 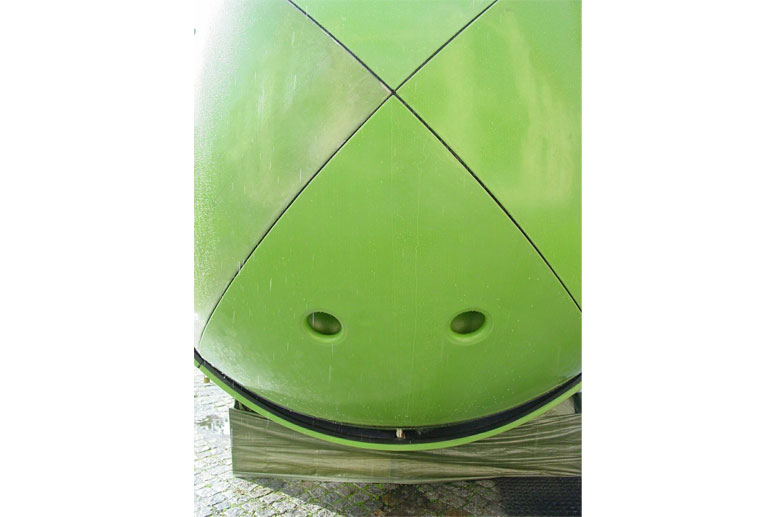 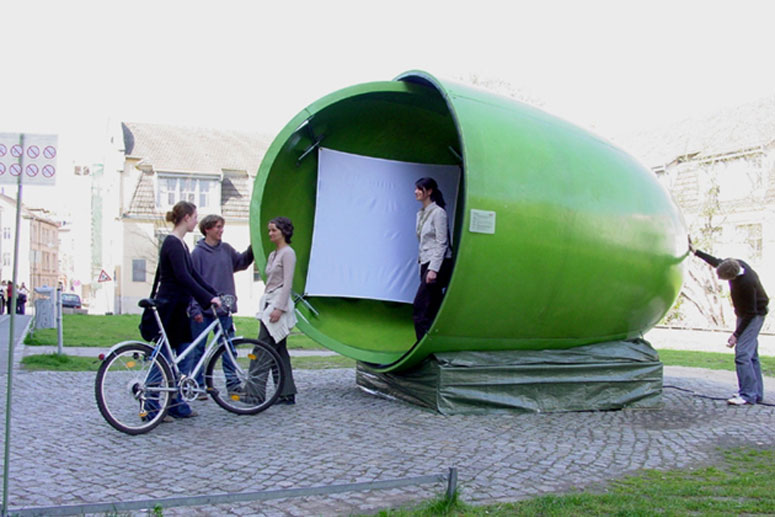 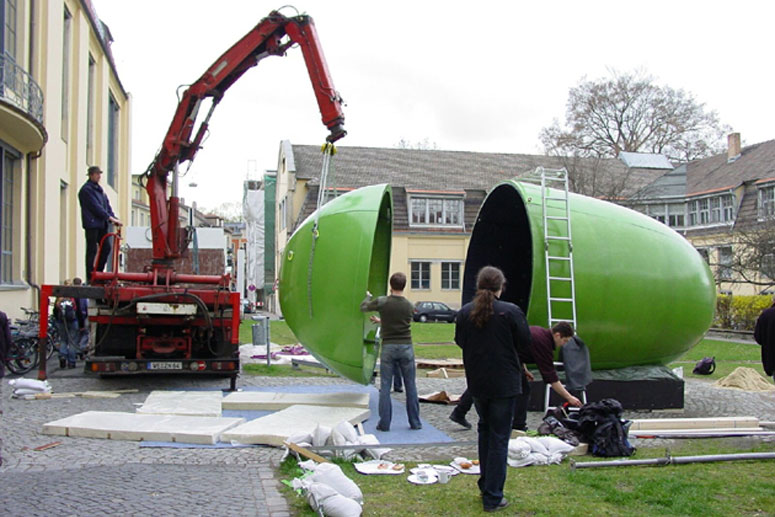 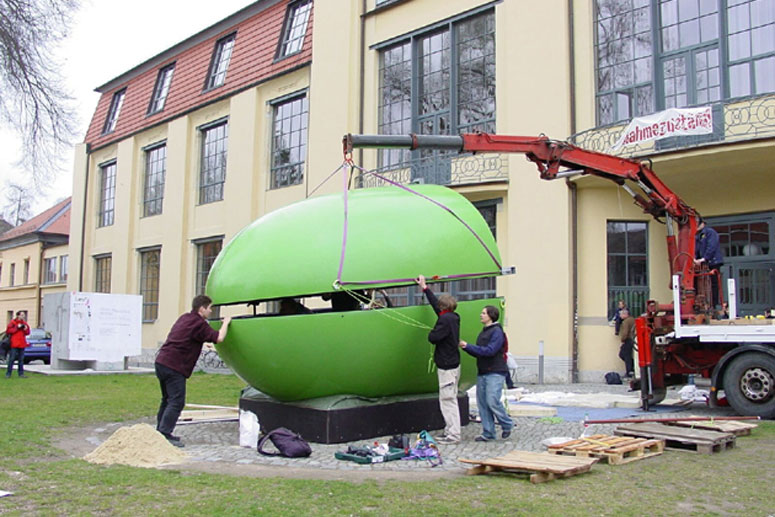 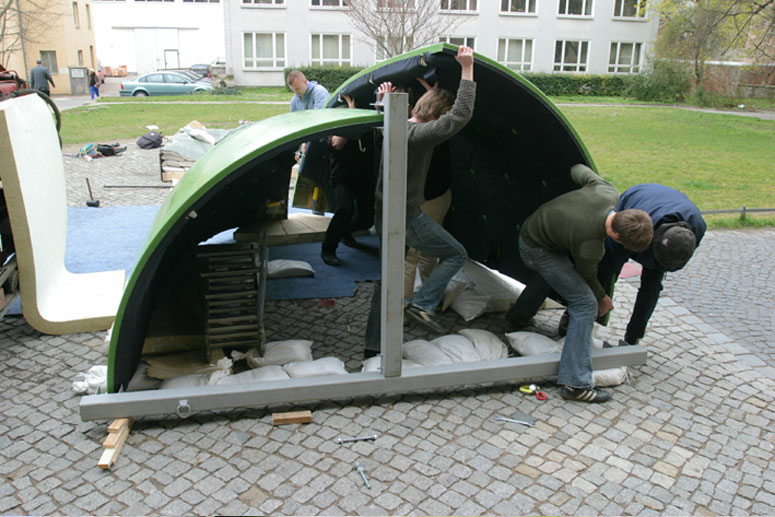 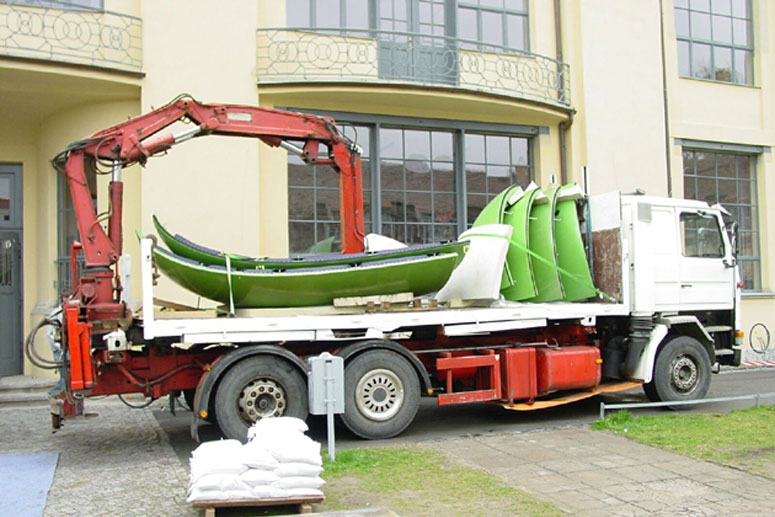 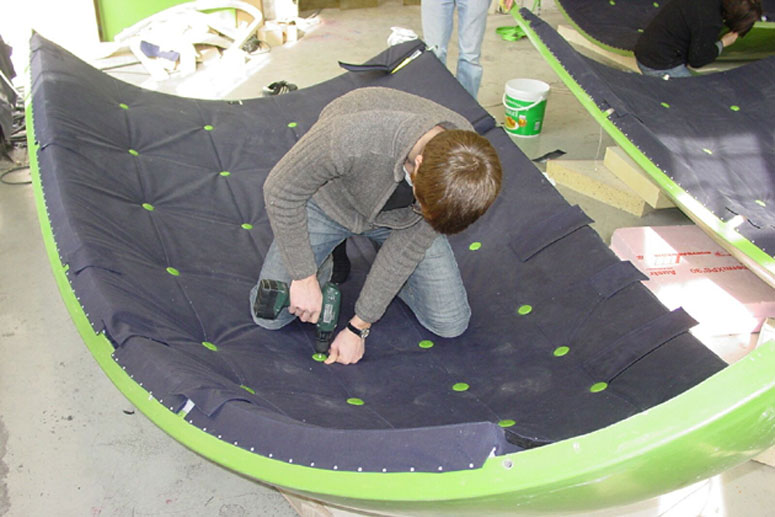 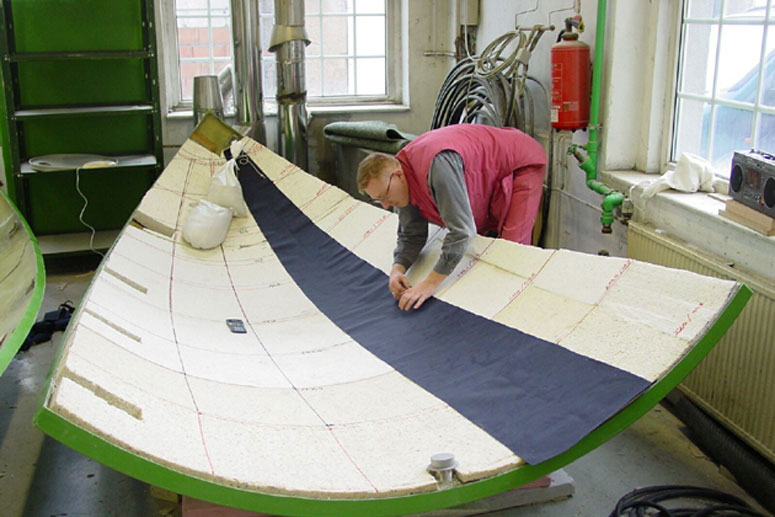 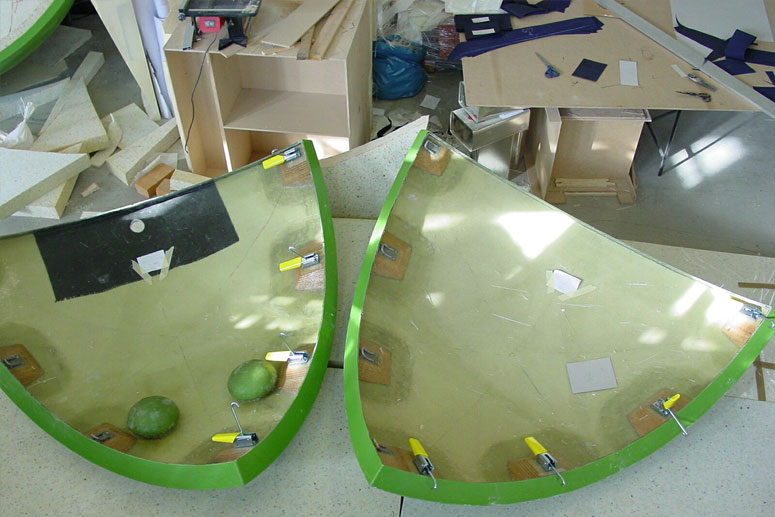 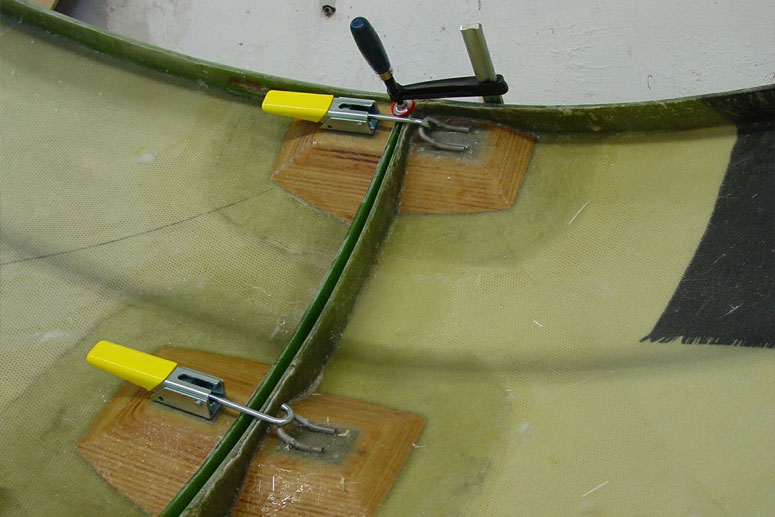 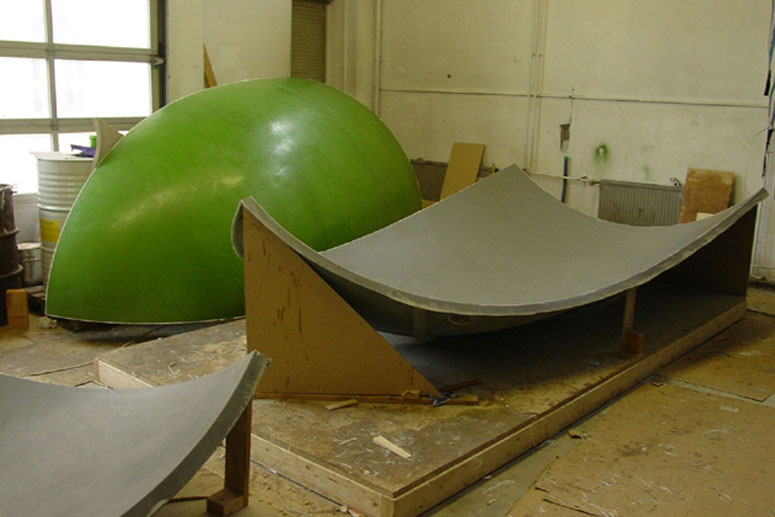 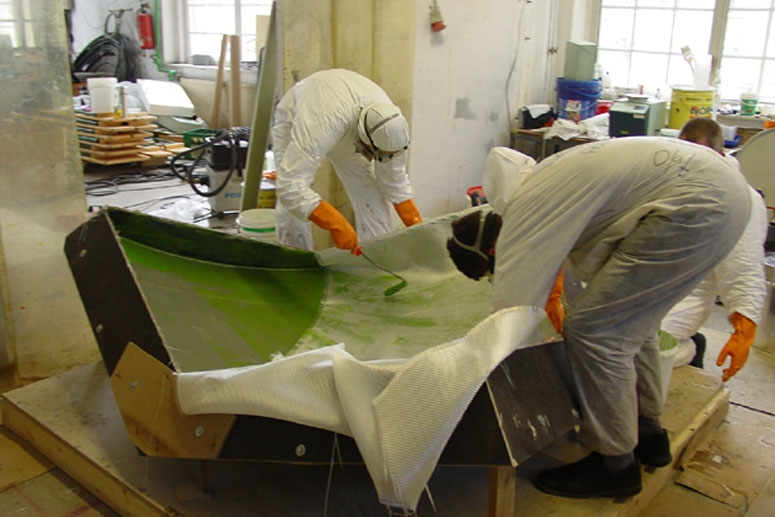 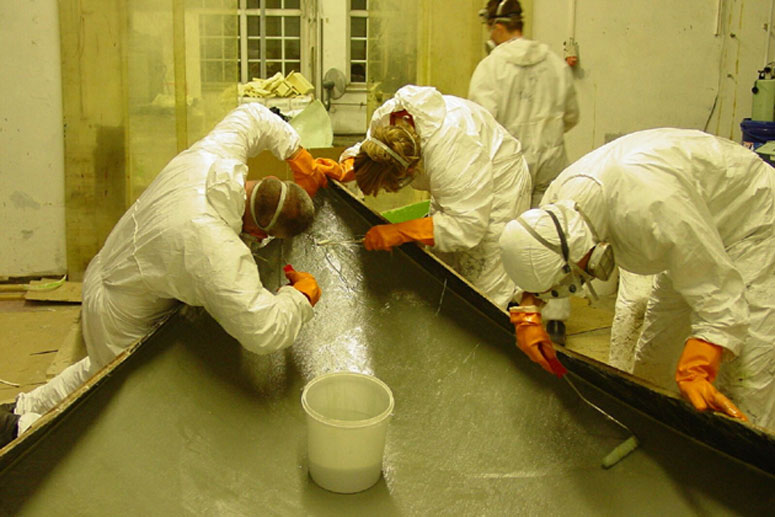 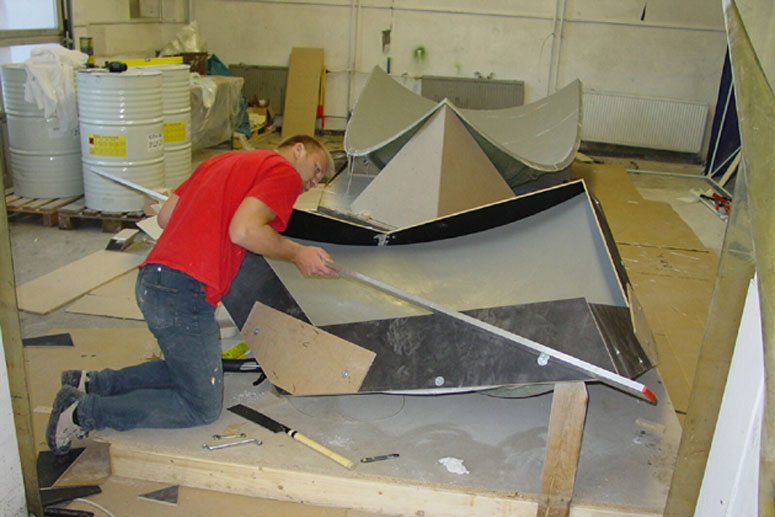 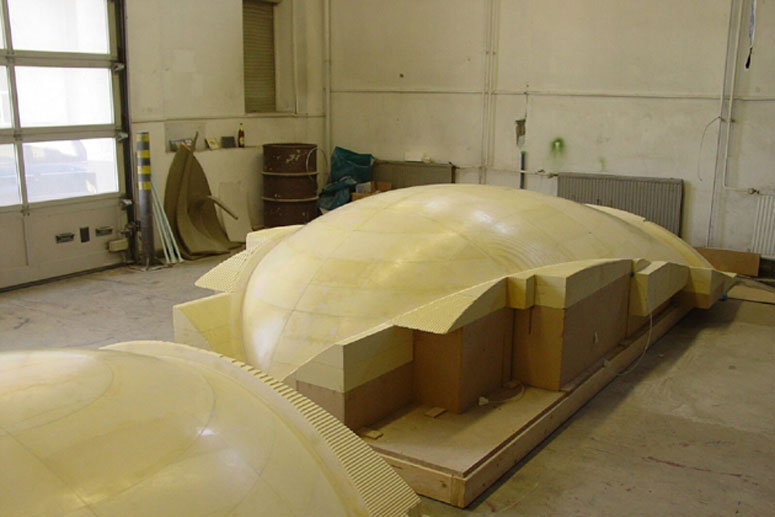 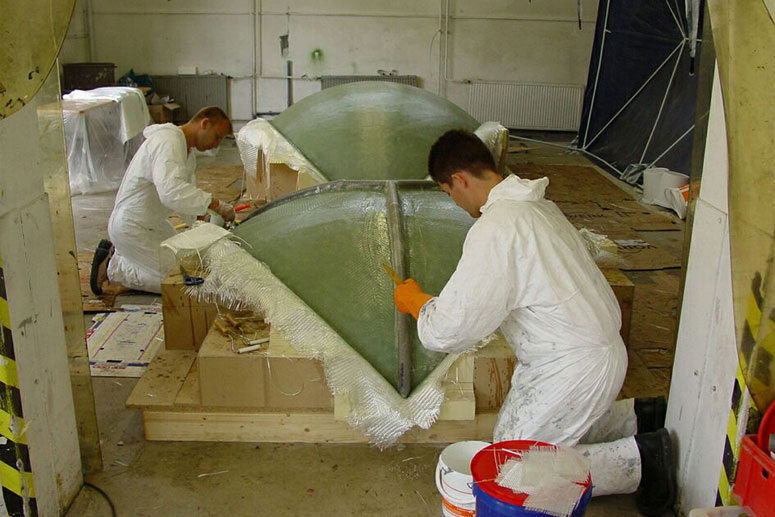 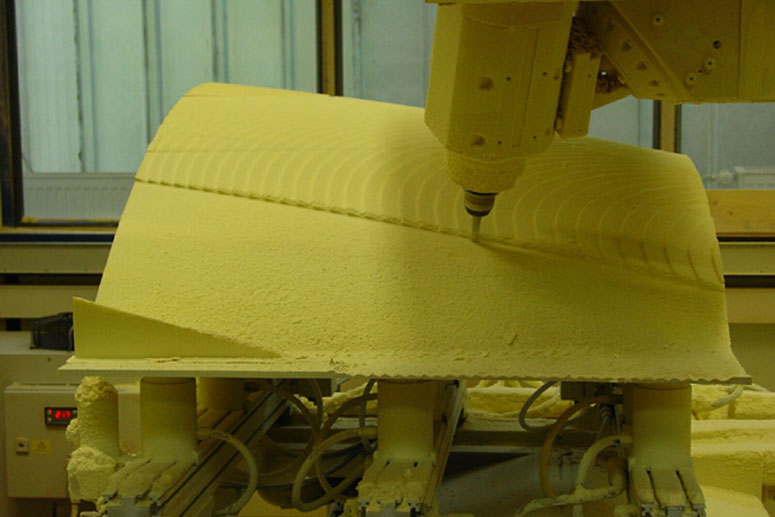 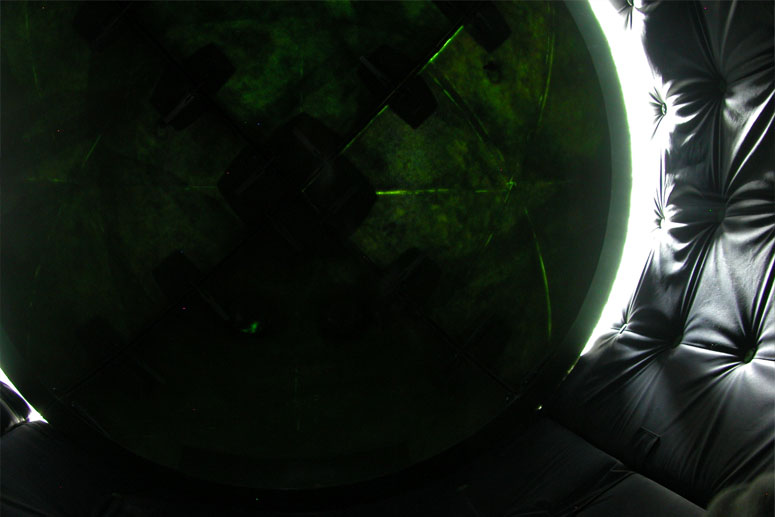 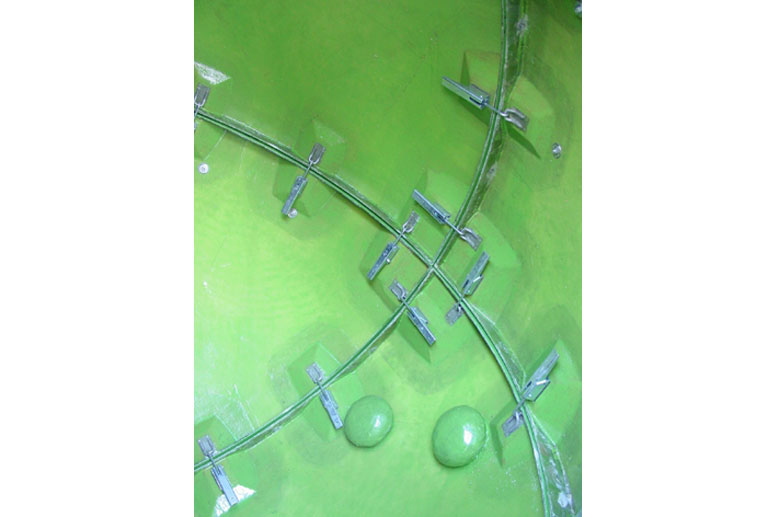 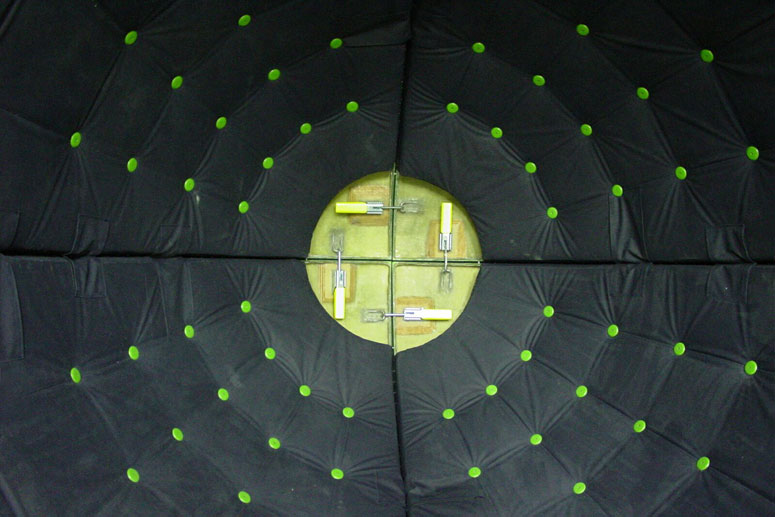 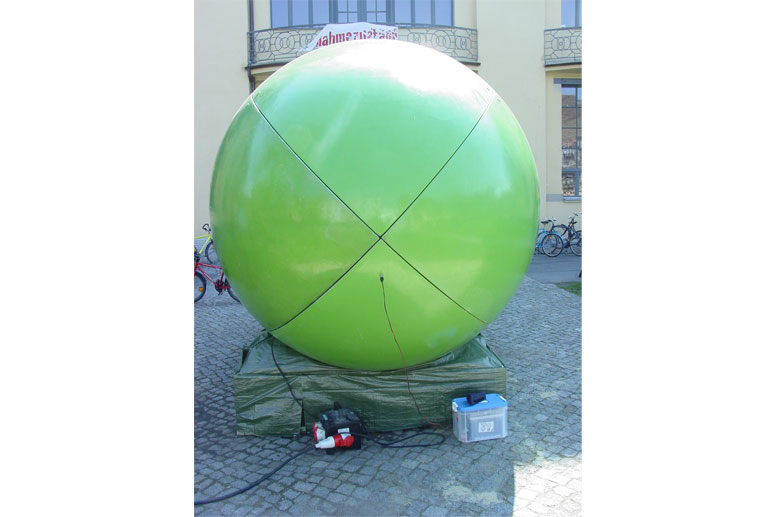 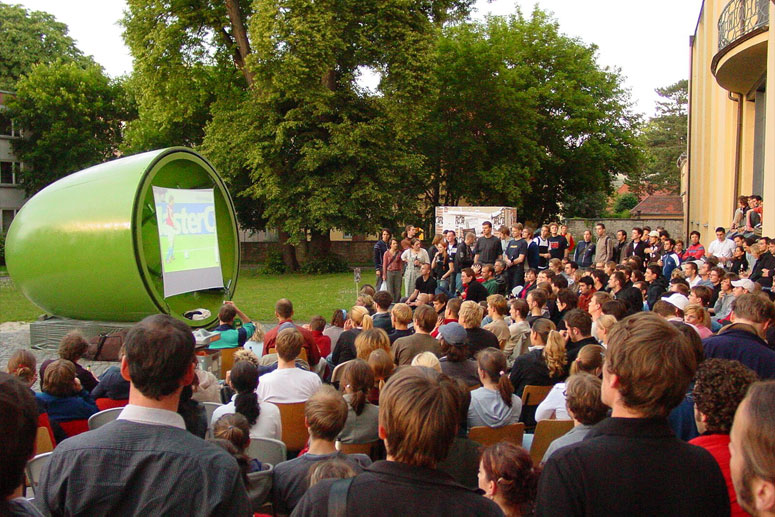 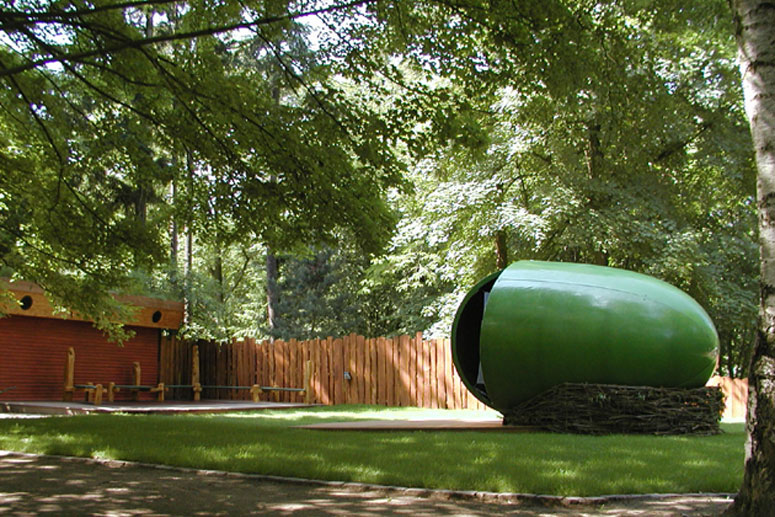 MYKO is a portable pavilion, which can be used as a small theater or lounge for up to 8 people. Despite a low budget and a short construction period, high demands were placed on spatial quality and variety of uses. The aim of the research project was to examine the possibilities of the relatively free design of an FRP structure according to sensible ergonomic, spatial, modular and economic aspects. For these reasons, a synclastically curved, rotationally symmetrical spatial structure was chosen, which consists of several identical modules. It is a shell, support structure and furniture in one.

To save costs and weight as well as enable an installation in a wide variety of locations, MYKO was designed to patch into the infrastructure of its surroundings. Since transportability was crucial to the design requirements, the individual elements were planned to be as large as possible, but as small as necessary.

With the dimensions of 3.60 m x 2.15 m x 0.80 m each and a weight of approx. 110 kg, the four main shells and the four door shells (2.80 m wide openings) can be transported by a normal truck while stacked and be lifted and assembled with the use of a loading crane. The individual parts can be quickly and easily assembled without the tools. The structure is commonly stored on filled sandbags. That way, the building can be erected on basically any surface and dismantled without any issues. The sand bed enables a flat and thus structurally sound storage with a variable inclination in the direction of the centerline.

The interior is equipped with a full-surface 10cm thick seat cushion, which also ensures thermal insulation, moisture absorption and soundproofing. Air is exchanged with the environment through the large door opening. The fabric cover is fixed by means of fastening points and there is also the option of extending the threaded rod and screwing in various fixtures and technical devices quickly and easily.